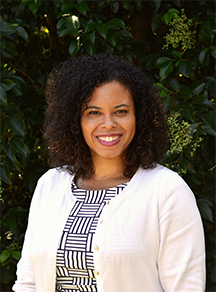 MACRA Blog Series
The Centers for Medicare and Medicaid Services (CMS) released the final ruling for the Medicare Access and CHIP Reauthorization Act of 2015 on October 14, 2016. As part of TSI Healthcare’s commitment to helping you navigate the murky waters of federal policy, we are introducing a new blog series dedicated exclusively to MACRA. We will cover MACRA today, tomorrow, and in the years to come.

The first blog in our series, MACRA: Navigating The Final Rule, covers the key changes that your practice will face during the 2017 performance period of the new Quality Payment Program (QPP).

What’s The Big Idea?
Due to overwhelming feedback from clinicians nationwide regarding the QPP proposed rule, CMS announced that the 2017 performance year will be a transition year for the new Merit-Based Incentive Payment System (MIPS).

January 1, 2017 will mark the start of the first performance year with scores impacting the 2019 payment year. The lessened requirements for the 2017 transition year will provide eligible clinicians with the opportunity to acclimate to the new reporting requirements and avoid negative payment adjustments in 2019.

Please note that the key changes highlighted below only pertain to the 2017 transition year of the MIPS program.

1. Pick Your Pace: The final rule reinstates an announcement made by CMS last month that enables eligible clinicians to pick their pace for the 2017 performance year. This change will allow eligible clinicians to pick between four different reporting options, three MIPS, and one Advanced APM: submit a full year (MIPS), submit a partial year (MIPS), submit something (MIPS), or participating in an Advanced APM. The “Pick Your Pace” program will give eligible clinicians a full year to acclimate themselves with the MIPS program, thus making it easier for them to avoid a negative payment adjustment in 2019. For an abbreviated version of CMS’ four “Pick Your Pace” reporting options, read our blog.

2. Increased Success: Because of the flexible reporting options provided by the “Pick Your Pace” program, CMS now estimates that 90 percent of all MIPS eligible clinicians will receive a positive or neutral MIPS payment adjustment for the 2019 payment year.

3. Expanded Exclusions: During the 2017 reporting year, CMS will help small practices by excluding low-volume clinicians from participating in MIPS if they meet the low-volume threshold criteria. The final rule states that a low-volume provider will be considered a Non-MIPS Eligible Clinician if their Medicare billing charges are less than $30,000 a year, or they see less than 100 Medicare Part B patients in a year.

In the proposed rule Medicare Part B, billing charges had to be below $10,000 a year and physicians had to see less than 100 Medicare Part B patients a year for an eligible clinician to be considered low-volume clinicians and thus exempt from participating in MIPS.

Note: Priority will be given to rural and health professional shortage areas with 15 or less eligible clinicians.

Need more help navigating MACRA? Join us for an introductory webinar, “MACRA: The Final Rule,” on
November 22nd at 12:30 PM ET as we help you dissect the changes that will take effect in 2017.

Register For Our Webinar